Information lawfully required by California Health and Safety Codes commencing with Section 18045, is absent from the below six (6) online mobile home for sale advertisements by Executive Mobile Homes including but not limited to:

It is also unlawful for a dealer to do any of the following: 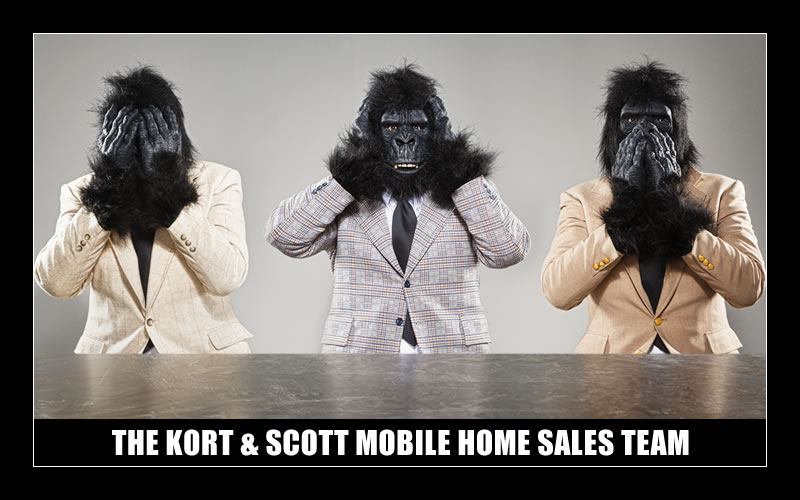 Listing Agents in these KSFG MHPs

Mobile Homes for Sale by Executive Homes on MHVillage.com 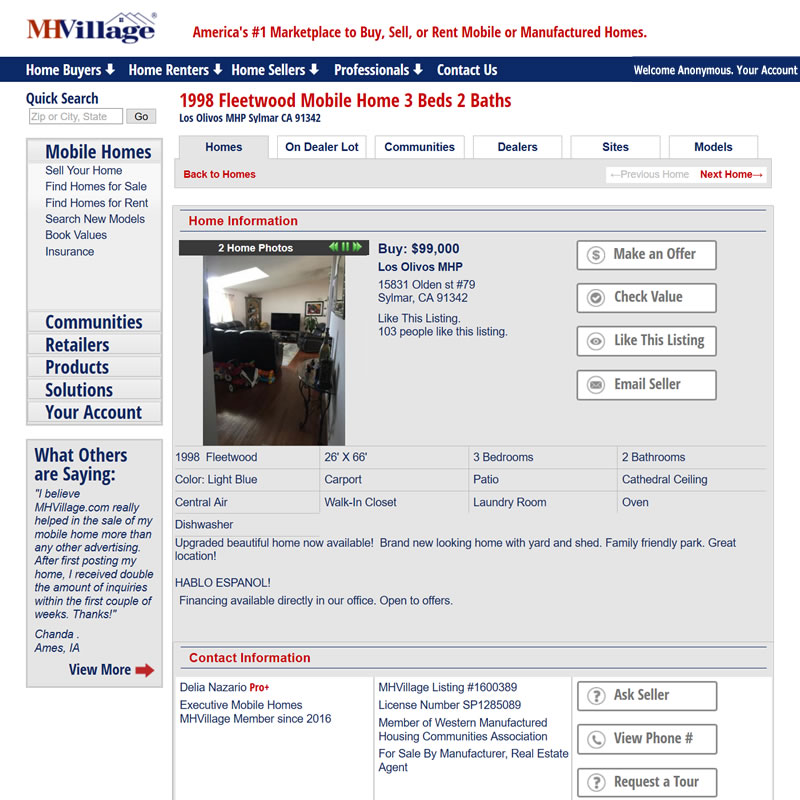 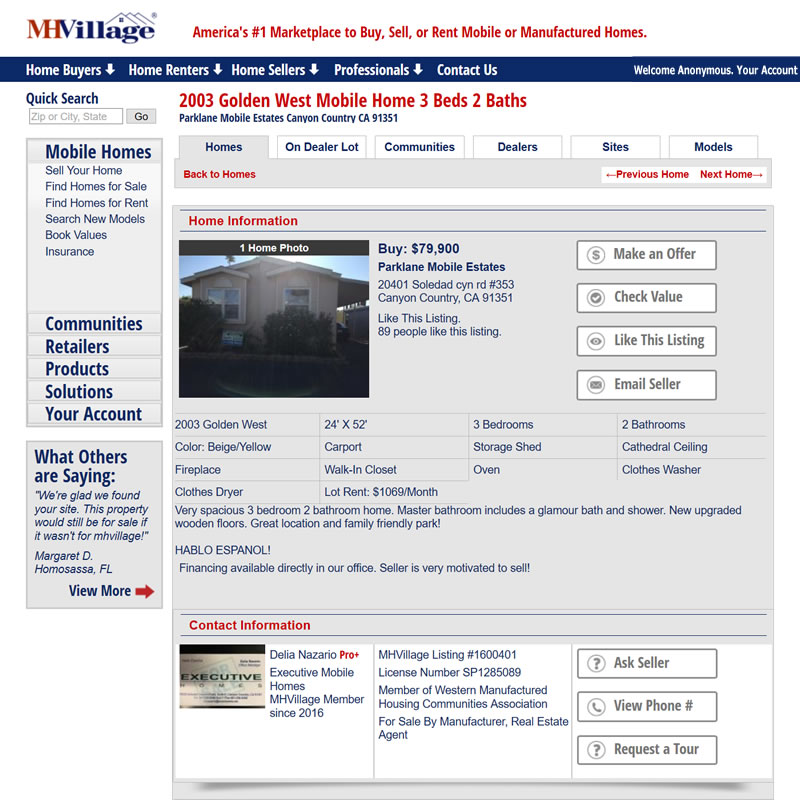 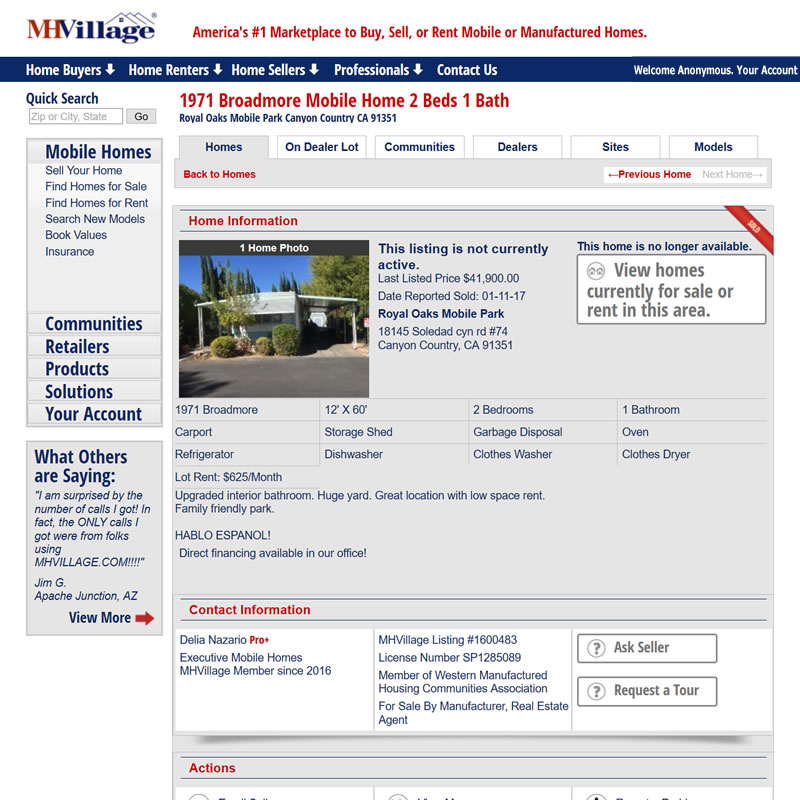 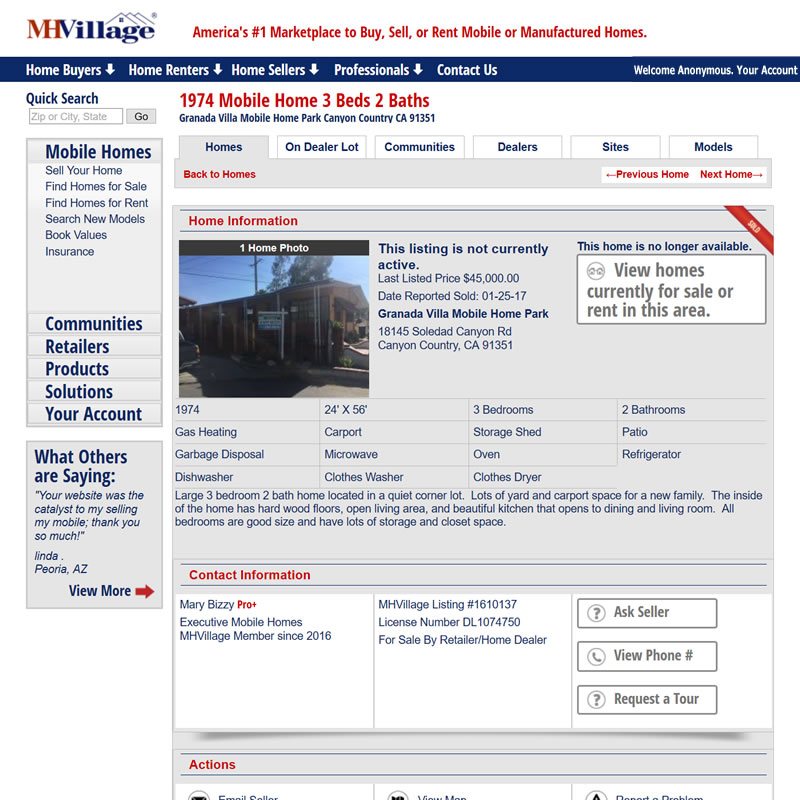 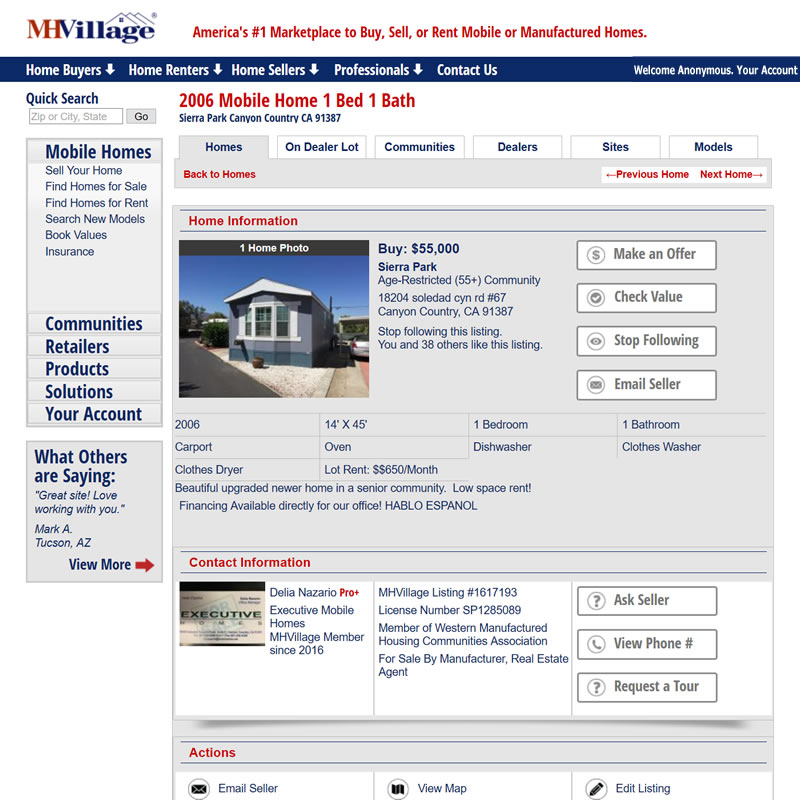 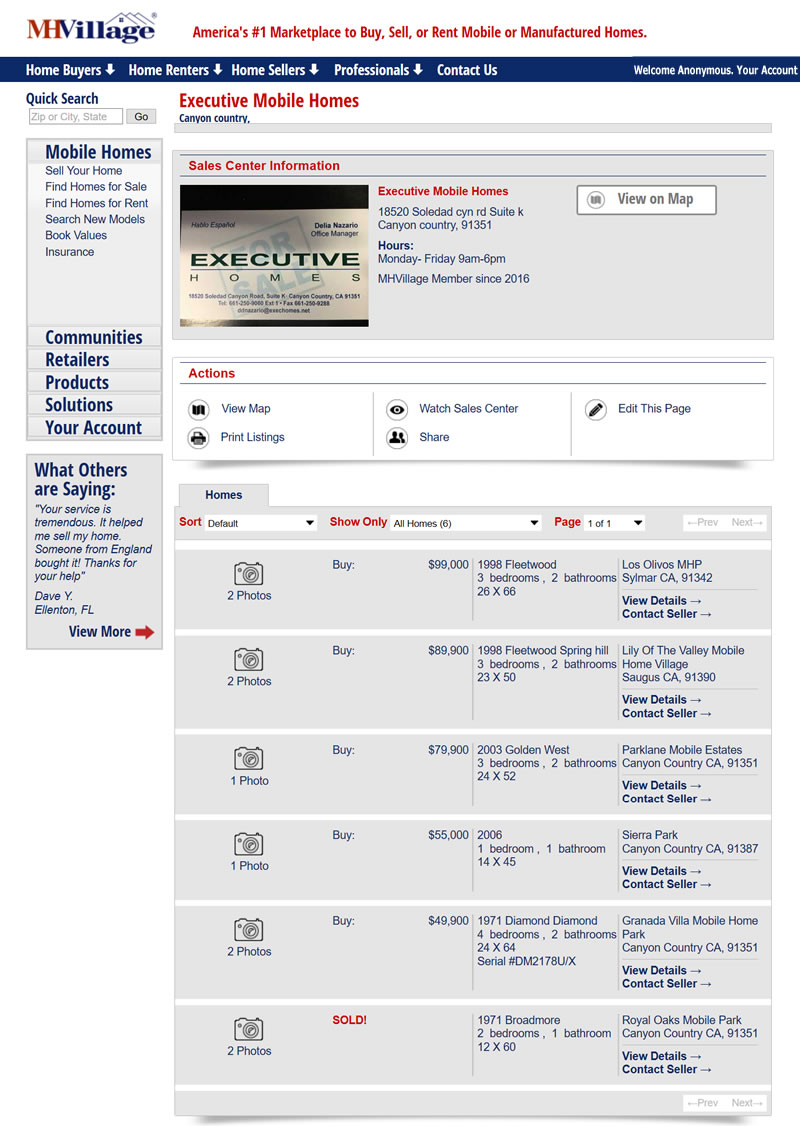 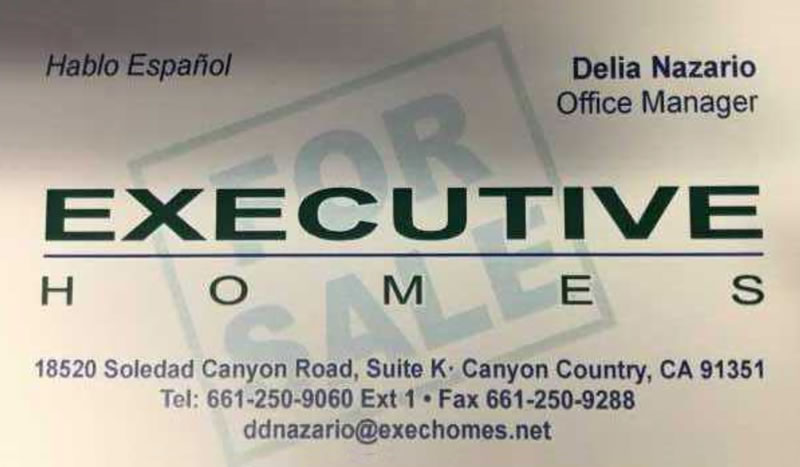 On Tue, Jan 24, 2017 at 20:25, the City of Santa Clarita voted 5/0 and approved the extension of a moratorium on the conversion/change of any senior mobilehome park to a mobilehome park allowing residents of all ages, for an additional period of 12 months with an expiration date of Sun, Jan 28, 2018.
City of Santa Clarita Council Meeting Agenda Item and Video (Start at 2:03:30)

Background: On January 26, 2016, pursuant to Government Code Sections 65858 and 36937, the City Council adopted a 45-day Urgency Ordinance, establishing a 45-day moratorium on senior mobilehome park conversions to all-age parks. On March 8, 2016, the City of Santa Clarita Council adopted an ordinance extending the Urgency Ordinance for an additional 10 months and 15 days. The ordinance and its extension were adopted in response to serious concerns from residents living in senior mobilehome parks regarding actions by park owners to change their parks from senior housing parks to all-age parks. Under Government Code Section 65858(d), 10 days prior to the expiration of the ordinance extension, the City is to issue a written report describing the measures taken to alleviate the conditions which led to the adoption of the moratorium.

Measures Taken: 8. City staff received a number of complaints of park spaces being rented to households in which there was not an individual over 55 years of age. City staff continues to monitor the status of the senior parks and to investigate complaints from individuals believing that the moratorium has been violated.
2017-01-24 – Santa Clarita Urgency Ordinance

The MHPHOA have also been investigating, and continue to monitor, complaints from senior residents of Sierra Mobile Home Park, a 55+ community in Santa Clarita purchased by Kort & Scott in Oct 2015 for $3.27MM. At the time of purchase, the park consisted of 74 mobile home spaces of which 6 were empty lots leaving a total of 68 spaces occupied by residents ages 55+.

Since Oct 2015, at least 6 mobile homes have sold of which 5 may have been sold to residents under the age of 55 which is in direct violation of the City of Santa Clarita Urgency Ordinance.

We are informed that the Retailers are promoting Sierra Mobile Home Park as an All-Ages Community. Residents are being told by the Retailers that the park is now a Family Park.

It appears that Kort & Scott (dba Sierra Corporate Management) are slowly converting the park from a Senior Park (55+) to an All-Ages Community with the collusion of Retailers such as Executive Homes.

Section 3, Item C: The conversion of any mobilehome park currently in existence in the City from a park where at least 80% of the full-time residents are individuals 55 years of age and older (a “senior-only” mobilehome park) to a mobilehome park accepting residents of all ages is prohibited for an additional period of 12 months from the expiration date of Ordinance No. 16-04.
2017-01-24 – Santa Clarita Urgency Ordinance

Kort & Scott purchased Rancho Huntington Mobile Home Park, a 55+ community, in late 2012 for $25.4MM. Shortly after purchase, residents were informed that the park would be changing from 55+ to an all ages community. Residents formed a group and took their concerns to the Huntington Beach City Council.

On Mon, Mar 17, 2014, the City of Huntington Beach passed Ordinance No. 4019 which provided a “SR Senior Residential Overlay” to protect the seniors from predatory park owners like Kort & Scott who were/are attempting to convert the 55+ parks to all age communities.

Based on publicly available information, it appears that Rancho Huntington Mobile Home Park is no longer a 55+ community. Since the ordinance was passed, Kort & Scott have slowly converted the park to all ages in what appears to be a direct violation of the ordinance. See also mobile homes advertised for sale as Family Listings by Blue Carpet Manufactured Homes in Rancho Huntington Mobile Home Park.

Note: Default table sort is by Mobile Home Park Name. Click/tap on table headings to sort ascending or descending, click/tap the # column to reset. Items with a line through them have been sold.

Note: Default table sort is by Mobile Home Park Name. Click/tap on table headings to sort ascending or descending, click/tap the # column to reset. Items with a line through them have been sold.