I strongly urge you to place the issue of a temporary MH village/park (MHV) space rent freeze/moratorium on the Agenda of your next Council meeting and that you take affirmative action to block the Corona La Linda MHV rent increase set to take effect on May 20, 2016. That would create an appropriate and necessary window of opportunity for the City to study MHV issues in more depth and compare conditions among the various MHVs in Corona.

Corona La Linda homeowners are likely the most vulnerable to the impacts of unreasonable rent increases because just across the street, Park Lane Mobile Estates is subject to the Riverside County Rent Stabilization Ordinance (RSO) and just down the road in the city of Riverside, several MHVs are also subject to an RSO.

A model lease or rent ordinance would not only provide rent protections, they could also help create an equity balance among the MHVs so that rents are commensurate with conditions in the MHV and not simply due to the whims of a particular MHV owner.

Corona City Attorney, Dean Derleth, can confirm that from the very beginning of my involvement, I have proposed a City brokered lease, based upon the “Modesto” model. I feel Corona MHV residents would support something along those lines but if the City elects to not take necessary steps to protect Corona citizens owning homes in MHVs, those citizens will feel compelled to seek voter support of a Rent Stabilization Ordinance (RSO).

I was unable to attend the Council meeting on Wednesday, May 4, 2016 but have observed the online video from the meeting and want to respond to what I feel included misleading/inaccurate comments made by MHV owner representatives at that meeting, including:

From local Superior Courts through the U.S. Supreme Court, judges have repeatedly upheld the constitutionally and need for rent ordinances to protect vulnerable homeowners. RSOs do help to maintain the affordability of residency in MH communities by helping to ensure homeowners won’t be economically evicted from their own homes. It is true that rent protections help protect the value of homes, just as reasonable leases can also protect home values. Home values rise and fall, however, due to market and other conditions; unlike MHV lot rents, which virtually never decrease. If rents are unfairly high, it is true the homes themselves will be more affordable but MHV residency itself will not be affordable. Home buyers are in a position to knowingly negotiate a price they can afford or else walk away from a deal “unhurt”; whereas, trapped MH owners are often blind-sided by unexpectedly large rent increases and stand to lose the full value of their investment. That hurts not only homeowners, it can hurt lenders, dealers and home manufacturers.

Rent control is not means tested.
Implying it is a rent subsidy program.

RSOs are NOT subsidy programs, they are a form of consumer protection, in the public interest, just as rate regulation in the utility industry protects vulnerable consumers from opportunistic operators who would otherwise follow the ENRON business model. The Courts have applied the same standard for MHV rent regulation as utility regulation in that operators are afforded a ”just and reasonable” return on investment and an opportunity to receive “special” rent increases beyond the automatic annual permissive increases if they prove need for such increases. Utility regulation has no “means” test based upon income level and MHV regulation should not either. Some cities do provide rent subsidies, as do utility companies, based upon income levels of customers, which is appropriate in such situations.

Rent ordinances and reasonable leases provide reasonable returns for park owners, while providing necessary protections for homeowners. They have generally been triggered by the greedy park owners in the industry trying to take advantage of their “captive” customers. MHV owners should be upset with the aggressive opportunists in the industry, not with local governments trying to protect their citizens.

It’s ironic and hypocritical that Ms. Paule would make this claim considering WMA actively lobbied the State Legislature and CPUC to adopt a program allowing park owners to replace natural gas and electrical infrastructure in “submetered” MHVs, yet have the costs be paid by utility companies. Considering MHV owners in submetered MH parks have received an extra monthly profit “differential” on utilities that should have been sufficient to pay for infrastructure repair/replacement, MHV owners stand to enjoy a financial windfall by having pocketed the utility differential while also enjoying essentially free replacement of utility infrastructure, greatly enhancing the value of the MHVs.

Home appreciation when sited on land.

It is true that MHs generally have more value when affixed to the land, but in-place home values can vary greatly due to “market forces” and MHV conditions. Many MHs in rent regulated jurisdictions have sold for less than $10,000, while others have sold at a higher price if they were well-maintained or remodeled. The only time market forces truly applied to MHV lot rents was when the MHVs were first built and the operators were trying to attract people to place homes in the MHV.

This is a half-truth, at best. Some cities with RSOs have spent considerable sums to protect their ordinances, while others have spent far less. Despite the expense, keeping rent dollars locally in the hands of homeowners to spend on goods and services has allowed those dollars to circulate repeatedly within the local economy, creating a net financial gain for cities with RSOs. RSOs also protect home values, generating MORE property tax and sales tax revenue than if an RSO didn’t exist.

Encouraging residents to sign long-term leases is the answer.

Last year, I personally proposed a Modesto style lease to Corona City Attorney, Dean Derleth, and arranged a call between Mr. Derleth and our GSMOL specialist attorney Bruce Stanton, to discuss the merits of a “Modesto” hybrid lease/RSO model. I agree this option should continue to be pursued and that a rent moratorium should be adopted to provide time for the City to study the issue further and help bring MHV owners to the negotiating table.

Half of the spaces are subject to leases so RSO would only benefit half of the MH park residents.

Leases don’t last forever, so eventually MHV residents would be able to seek protection of an RSO or a new city-brokered lease.

This is a private issue between park owners and residents.

In this world of predatory capitalism, cities sometime need to use their authority and “police power” to protect vulnerable citizens, just as the CPUC has done with utility companies. Some Judges have described MHV residency without appropriate protections as a form of “economic servitude”, due to the absence of meaningful choice/bargaining power. Most leases in MHVs are “take it or leave it” with little to no negotiation. There are many good MHV owners but homeowners need to be protected from the bad ones who currently own or might purchase their MHV at any time.

A rent ordinance or reasonable lease generally would save homeowners far more than the 10% subsidy being offered by MHET. That would also help preserve home values, a win for homeowners, lenders, dealers and the City. Some cities in the Inland Empire, such as Rancho Cucamonga, have adopted city-brokered rental “Accord” leases to balance property interests. Such leases allow CPI increases and might include a “floor” and a “ceiling” on annual rent increases.

5% is the minimum annual increase and considering the average annual inflation increase the past 10 years has been less than 2%, Sierra’s 5% is unreasonable and the compounding will escalate annual rent increases over time. Also, state law requires MHVs to offer 12-month rental agreements but homeowners have stated they have not been offered such agreements. Here is the text of that section of the Civil Code with emphasis added:

MRL Section 798.18 LENGTH OF AGREEMENT; COMPARABLE MONTHLY TERMS: (a) A homeowner shall be offered a rental agreement for (1) a term of 12 months, or (2) a lesser period as the homeowner may request, or (3) a longer period as mutually agreed upon by both the homeowner and management.

Kort & Scott Financial Group/Sierra Corporate Management is one of the most notorious operators in the industry for pillaging and plundering MH villages. They take the term “land baron” to a level of “robber baron” and actually do rob many homeowners of their homes, dignity and peace of mind, in my opinion.

Finally, I close with a few scripture verses that coincidentally were mentioned during a sermon I attended last Sunday. I hope you will take the time to read Proverbs 29:7, Proverbs 31:8, Proverbs 31:9 and Proverbs 21:13, which I feel provides direction to all of us in this situation.

The righteous care about justice for the poor, but the wicked have no such concern.

Speak up for those who cannot speak for themselves, for the rights of all who are destitute.

Speak up and judge fairly; defend the rights of the poor and needy.

Whoever shuts their ears to the cry of the poor will also cry out and not be answered. 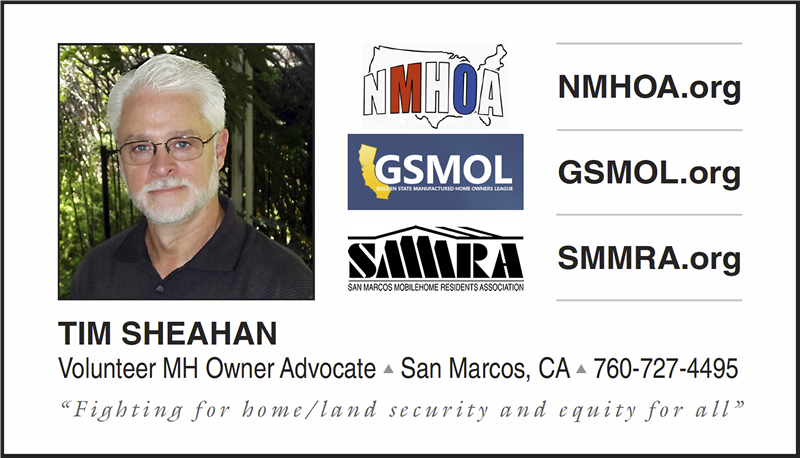 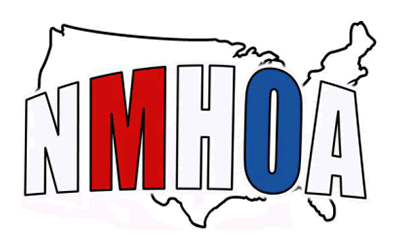