New regular chores! If you have moved into a mobile home from apartments, you will find that only YOU are responsible for keeping the home maintained. To prevent major damage to the house, see the tips page about Mold and Rot. To prevent major problems with the yard and lot, read on.

Warning – YOU CAN BE Evicted for Repeated Bad Lot Appearance

Everyone that moves into a mobile home park will be presented with a document called the Rules and Regulations. Among those rules are requirements to maintain the outside appearance of your house. That usually means keeping the yard from looking bad and keeping the house from looking bad. The point is to avoid being an eyesore.

Another point is to avoid ever giving park owners a way to "write you up" or issue a "notice" to clean or maintain your house and lot exterior. If you let things go to the point of getting a "notice", you only have so many notices you are allowed in a year for the same thing, then you can get evicted. An eviction can happened faster than you may think, and you could lose your mobile home in the process. And the park owners are the ones interpreting the Rules and Regulations, not you. If you disagree, you have to follow certain procedures to oppose the notice. You may have to go to Civil Court. This happens more often than residents want to believe.

Isn't it easier to just check your house twice a month and do a little outside work? The house will look better, your neighbors will appreciate it, and you will feel better too. It is often referred to as "Pride in Ownership".

The procedures for fighting an eviction due to poor exterior appearance are covered elsewhere. If you are served papers, act quickly. Contact a mobile home attorney that protects residents. Contact this site for tips and some directions. The point of this article is to do the work that keeps you out of this situation in the first place.

If you moved into a mobile home from an apartment dwelling, you may not be used to maintaining a lawn and garden. It may take some expense to get shrubs planted and a lawn in place. If you don't have time for the labor, then use a gardening service to do this and ask for low maintenance plants. If you want plants, it helps to walk around the park and see what is growing well and choose those plants that don't require a lot of maintenance.

Whatever you choose, the plants that you have will need watering, and trimming. The lawn will need mowing. Some low cost gardening services may do this weekly for less than $30.00 a month for a basic mowing, edging and blowing service.

If you don't have a sprinkler system, then don't plant anything that requires one – unless you are really going to use a garden hose to water your plants by hand regularly. It's a chore; do you really have time for it?

With the California drought conditions, no one will blame you for putting in decorative rock for most of the lot. Once you've cleared the ground and leveled it, put heavy duty ground plastic down. This is a special plastic that is designed for the ground. Then cover it with decorative rock. You can make a colorful design. You can then select plants that do fine without much watering.

Once a yard is set up, you can hire yard upkeep services for as little as $20.00 a month (in some areas). But you will still need to walk around the house at least twice a month and look for weeds, trash, and clutter. Also take a look for anything else that you could potentially be written up about. 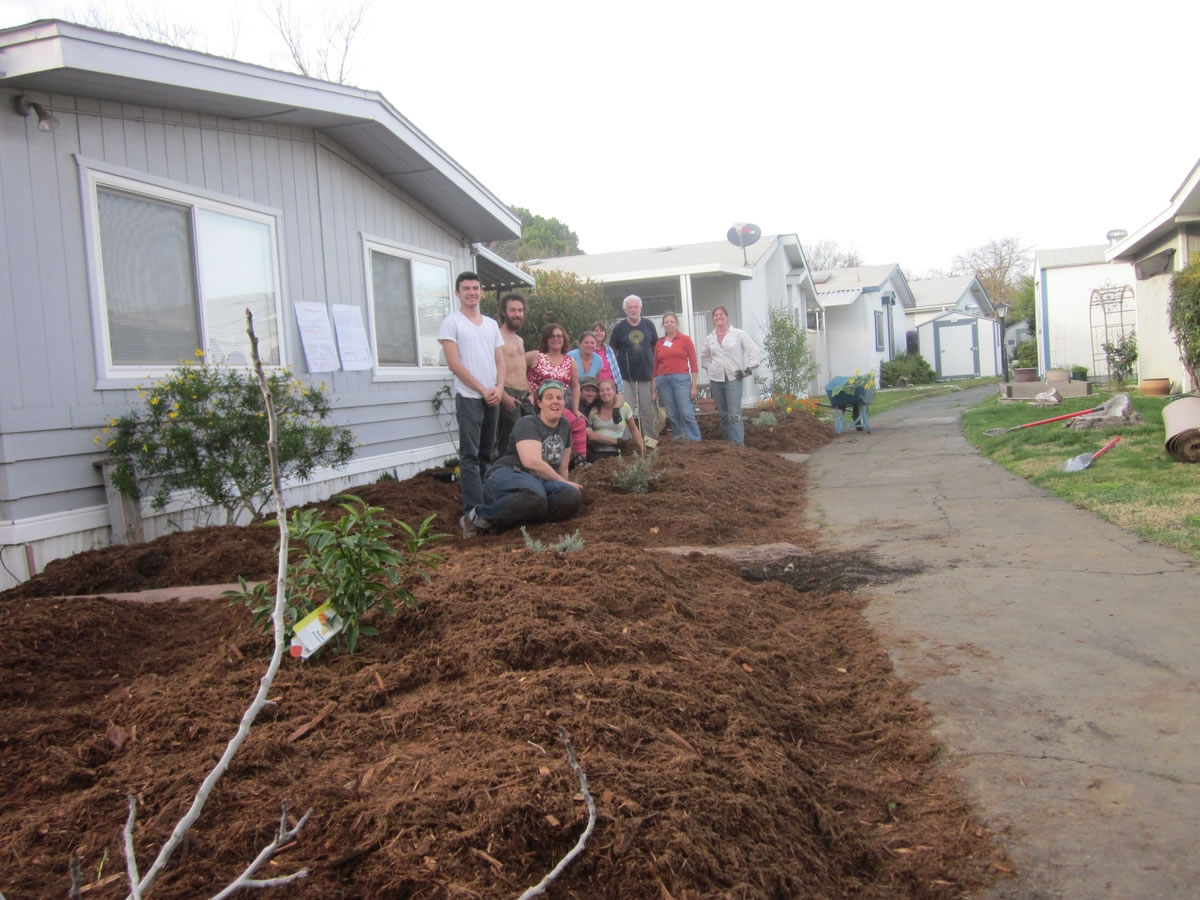 It takes a few tools and a little bit of time to keep the place looking decent. Everyone will need a hoe or two, a rake, a small shovel and at least two kinds of clippers. A rolling trash can with a broom and dustpan are also helpful.

For supplies, a little 3-month fertilizer will keep you from too much upkeep. If you choose the right plants, you should seldom need to worry about diseases. If you find some types of plants are demanding too much time, think about removing them and putting in low maintenance plants.

It also helps to use a few tricks that will keep the workload down. One thing for sure – it won't maintain itself. If you have the right kind of shrubs and plants, a good gardening service can do most of the work. There are several ways to keep the work level low and still have a decent looking place. The trick is to get the yard "set up" first and that's the harder part. But once you have things set up and trimmed and managed, it's a lot less work to maintain it regularly. 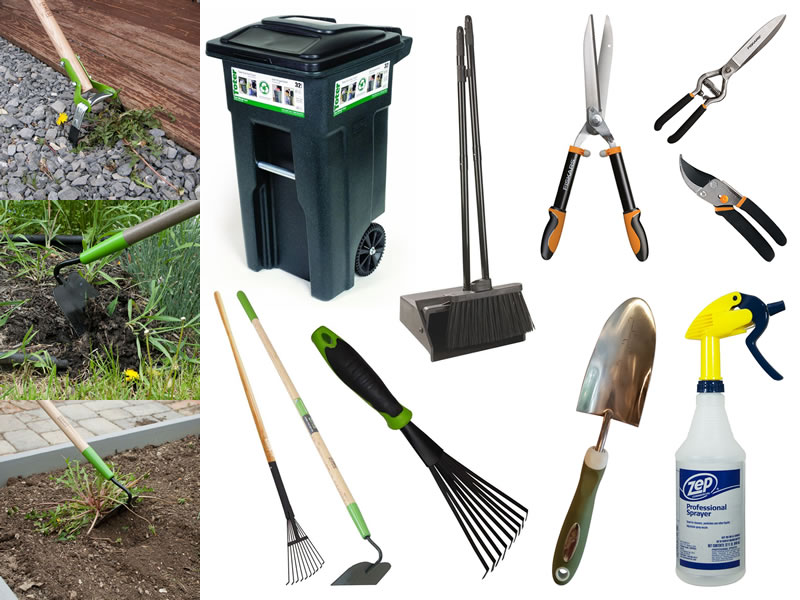 Don't wait until weeds are large. It saves a LOT time and effort to get them when they are small. It can be tedious pulling every little weed. And the bending may give you a back ache. If the weeds are on open ground, a whack with a hoe will set them back and you don't have to bend over. A hula hoe is good for scraping the ground to cut weeds.

Weed Killer is a Time Saver

Another fast way is to very lightly spray the baby weeds with Round-Up weed killer. A bottle of Round-Up will last for years if you spray it lightly. Pour the Round-Up into a good quality hand spryer that has an adjustable nozzle. Turn the nozzle to stream and on spray with tiny strokes to hit the weed area lightly.

These are small weeds and only need a drop or two to be killed. If your good plants are nearby, you can shield them from overspray with a piece of cardboard. You may be able to eliminate half or more of your weeds just by walking around the house and lightly spraying a few drops on each weed. It's possible to do the whole lot in less than 10 minutes, that is, if you have already set up your yard as mentioned above.

Remember, get the weeds while they are small and your task is much easier and the lot will look better too. Don't use Round-Up on large overgrown weeds. If the weeds are high, cut them down. Then you can lightly spray the stump. This saves you from having to bend over and pull it out.

Have patience. If you are lightly spraying Round-Up, it will take a few days to a week for the weeds to die. Let the Round-Up work. Wait a few days and they should be withered. In a week or two they will be gone. You only need to do this about twice a month in the summer and less in the winter.

If you accidently spay a good garden plant with weed killer, don't panic. Just use your clippers to trim off the leaves that got sprayed so the poison won't soak into the plant. 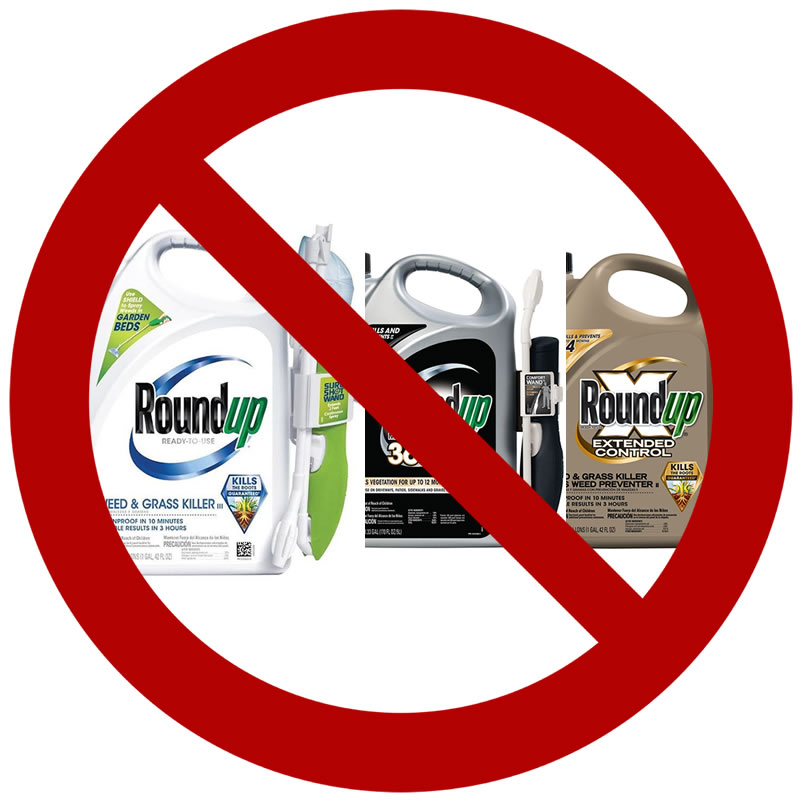 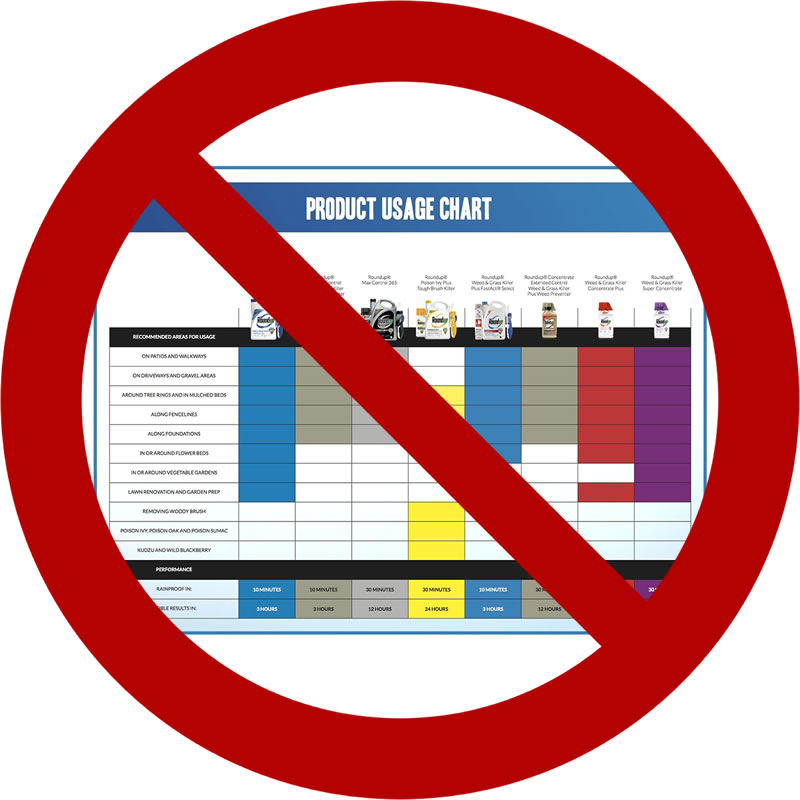 Another way to keep weeds down is to plant a good ground cover that will compete with them and choke them out (at least most of them). The ground cover will add green to the garden too. This is another time saver because there will be less weeds to remove.

So in, summary set up your lawn and plants and stay on top of it - don't let it get out of control and you won't resent doing a little work twice a month.

If you can't just get rid of the clutter, you will have to spend some money on boxes and bins and organizers so it can be kept out of sight and not make the park look junky. If you can get plastic, long lasting, sturdy storage containers, that is one way to organize the clutter. If the storage containers are all the same size and color, it will look better. This is a worthwhile expense, don't cut corners here, least you attract the attention of park managers that may decide to write you a notice. See above for the problems with notices.

Most Rules and Regulations allow for the construction of a storage shed on the lot. If you don't have one, seriously consider putting one in, either at the end of the driveway or on the side or back of the house lot. There are several kinds of boxes you can buy that are the same size so you can stack them up to 5 high or more inside the shed, up to the ceiling to make use of all the space and keep the clutter in the shed, out of site.

Some clutter just makes observers think the home owner is sloppy. The closer the clutter is to the front of the house, the more often neighbors may complain. Some visual problems can be solved by stacking and organizing the clutter. Walmart has sales on large plastic tubs that can be stacked high. Put the clutter in the tubs and stack them at the back of the driveway. That's an improvement, at least. There are several types of bins or relatively inexpensive plastic cabinets that you can buy for storage. The same clutter, in a bin, suddenly doesn't look like clutter at all! Large rollup trash cans go on sale occasionally and you can stack boxes in them or fill them up with the clutter and store them next to the wall. Everyone will think it's just a spare trash can.

And last, but not least, get rid of some of the clutter. Sell it on Craig's List or eBay or have a yard sale. Throw it away or give it to Goodwill or Salvation Army.

By keeping your yard maintained and controlling clutter, you improve the appearance of your house and rental lot and the whole mobile home park will appreciate it. Also, you are preventing getting notices that can eventually lead to eviction. That's worth the expense and effort. Do it! 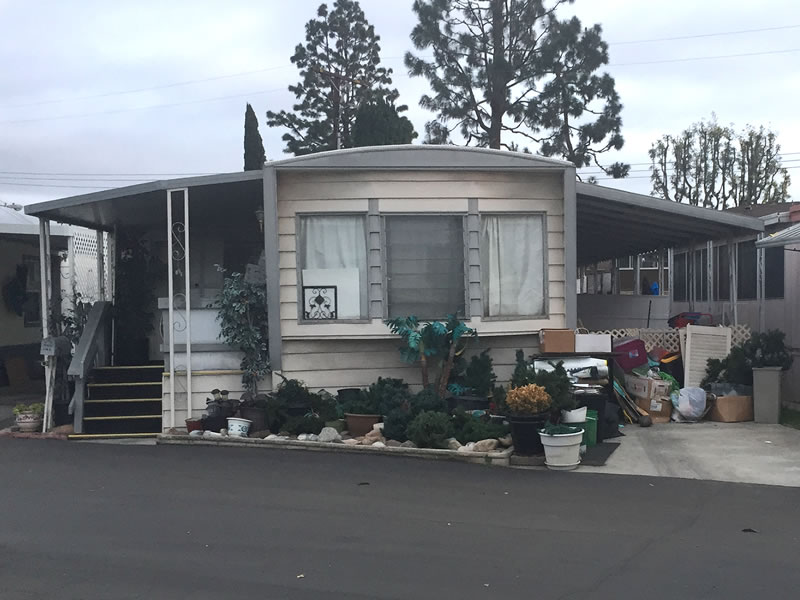 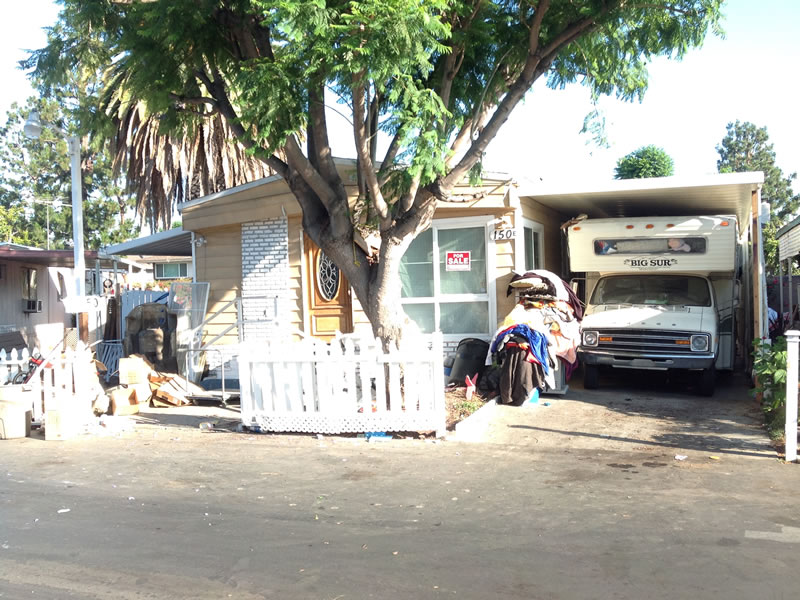