Relative to preparation of report on mobilehomes

WHEREAS, There are one million mobilehome residents in the State of California today and that number will increase by 300 percent by 1982; and

WHEREAS, The mobilehome industry has a definite impact on the California economy, with 1,600 mobilehome dealers and 85 mobilehome manufacturers operating within the state; and

WHEREAS, The mobilehome production in the state has increased 100 percent in five years; and

WHEREAS, In 1972, 40,000 California families bought mobilehomes, and approximately 8,000 of them later had to seek a remedy for their consumer grievances; and

WHEREAS, Any problem related to the intrarelationships within the mobilehome industry and its interrelationships with the community will ultimately bear upon the lives of a large segment of the California population; now, therefore, be it

Resolved by the Assembly of the State of California, That the staff of the Assembly Office of Research, with technical assistance, prepare a report and subsequent legislation, if needed, on mobilehomes, including such subjects as: mobilehome construction standards in areas not presently covered; more effective factory inspections and provisions for onsite inspections; the placement and zoning of mobilehomes within and without mobilehome parks; effective warranty issuance and enforcement; mobilehome taxation methods; financing and insurance regulations on mobilehomes; mobilehome franchise regulations; and licensing requirements and standards for manufacturers, dealers, transporters and contractors; and be it further

Resolved, That the Chief Clerk of the Assembly transmit a copy of this resolution to the Assembly Office of Research.

Note: The content on this page was extracted from the PDF document titled “A Million Californians Can’t Be Wronged” pages 62-63 of 76. 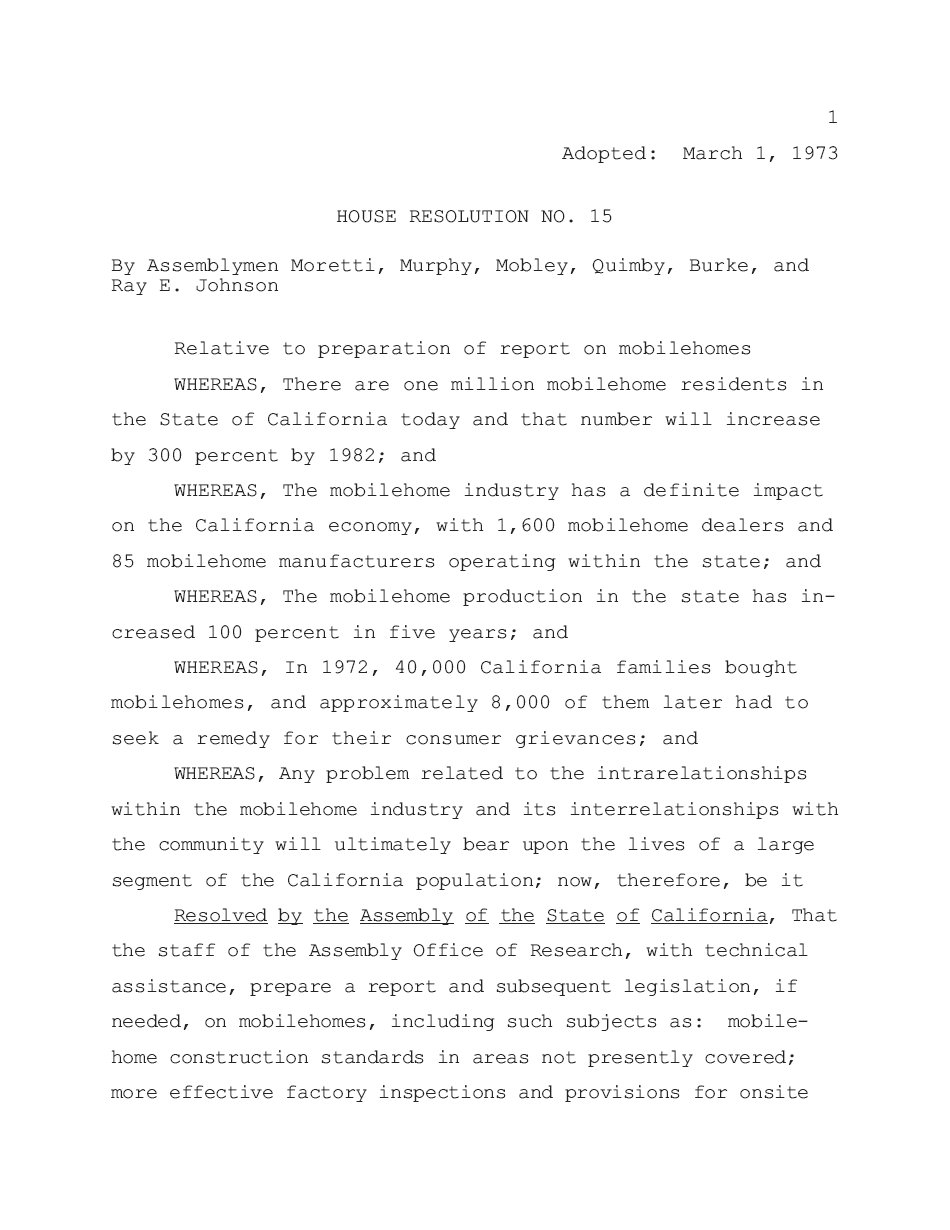 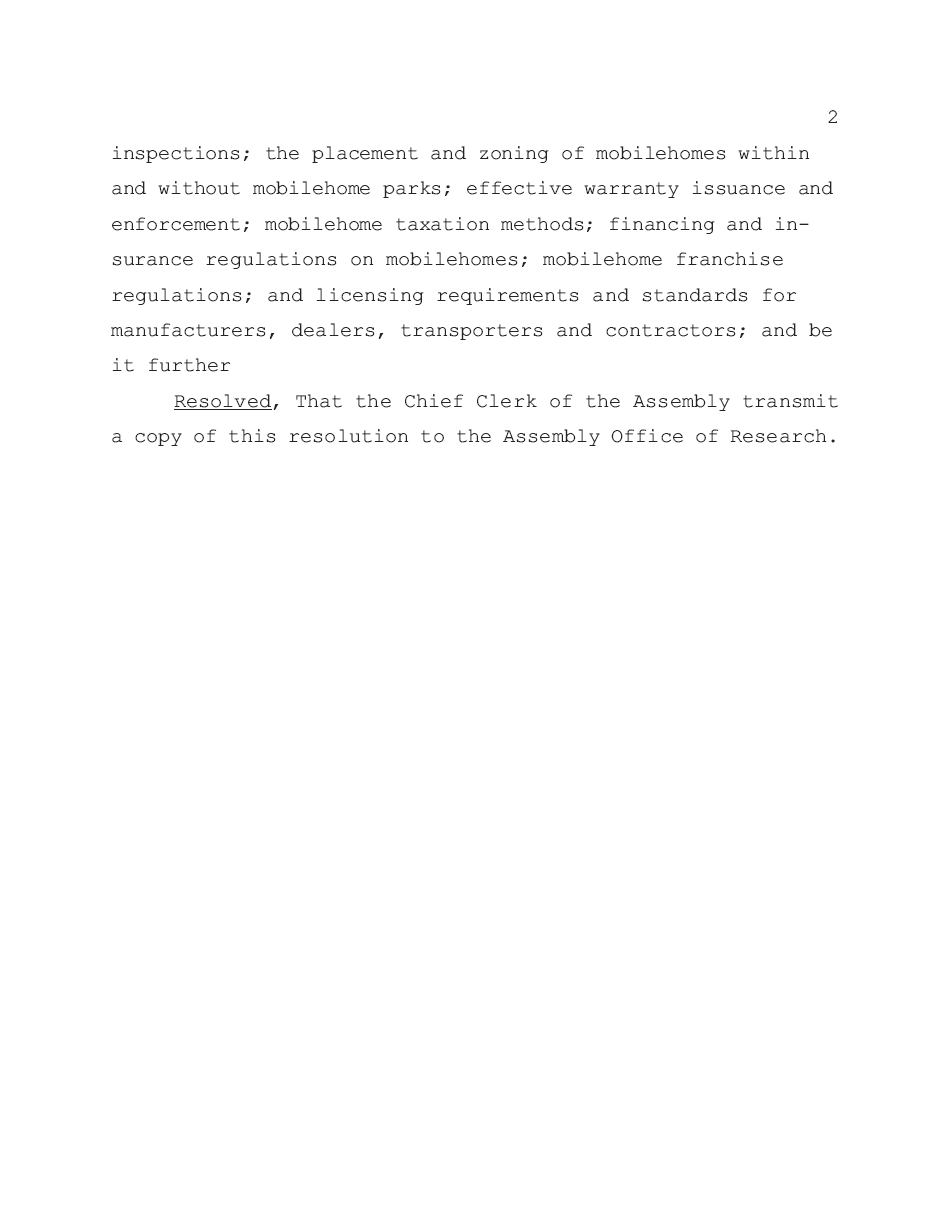