With KSFG space rents double, sometimes triple that of surrounding parks, you would think your mobile home park would be a five-star palace but instead, you've ended up in an overly priced one-star trailer park with a failing infrastructure and a completely different demographic.

Have you ever thought about what could be so important to cause a company, and all of its culpable employees, to force thousands of people to abandon their mobile homes, some being led into homelessness? This all being done through the process of unfair business practices and 25 year long-term leases with 6% minimum annual increases that are designed to economically evict mobile home owners in a given period of time based on their income levels.

Once a mobile home owner walks away from their home, or is evicted from their mobile home via an Unlawful Detainer Lawsuit filed by Sierra Corporate Management, the process starts all over again with new unsuspecting "Chattels" (rhymes with cattle) or "Cash Cows" as mobile home owners are referred to amongst the industry.

Us "Chattels" are fueling the Michael H. Scott empire with our abandoned, confiscated and recycled mobile homes.

Over the past two decades, Kort & Scott Financial Group have stripped California and other states of a small percentage of niche affordable housing. They've aggressively and nefariously taken rent controlled land away from cities in California with no respect or regard for city rent control ordinances.

Once Kort & Scott Financial Group purchase your mobile home park, and Sierra Corporate Management take over management of the park, it's only a matter of time and your limited budget as to how long you can stay before abandoning or being economically evicted from your mobile home – that you paid for.

Over two decades of these types of unfair business practices in California, Arizona, Colorado, Florida, Illinois and New Mexico have yielded Mr. Lee M. Kort and Mr. Michael H. Scott hundreds of millions of dollars all while living off the backs of minority groups, seniors, low-income families, and any person, or persons, who do not have the financial wherewithal to stand up and protect their rights as a homeowner. These are the primary target groups of Kort & Scott Financial Group – those who cannot defend themselves – until now.

In the process of this proposed development, he's going to displace a large group of multi-millionaires – now here is a group who can stand up and defend themselves financially.

Where does it stop? Who is going to stop it? How many more victims must there be before Kort & Scott Financial Group and all of its employees are held legally accountable for their crimes and prosecuted to the full extent of state laws?

Over the last several days, Save Our Hillsides has been talking with Michael Scott and his representatives about how Mr. Scott could address the concerns that many have expressed about his proposed house. We are grateful to say that, after much conversation, Mr. Scott has agreed to a number of reductions that go to the heart of what many of us have been concerned about for years.

We all remember the original project. Mr. Scott has revised his proposal. His new house, when compared to the original project, is significantly smaller, less impactful and more in sync architecturally with our community. See a rendering of the new project, attached. The new, smaller project incorporates:

Mr. Scott has also agreed to modify the two large hillside decks his most recent proposal included. The purpose of these decks is to provide a place to conceal the dirt that needs to be moved on-site to build the house; if the dirt is not concealed in these deck enclosures then it would need to be hauled in massive trucks through our community. In order to address our concerns about large gatherings and parties on these decks, Mr. Scott has agreed to make these decks steeply sloped and covered in landscaping so that they will be unusable for parties or other large gatherings.

Activity spaces, such as the pool and beach volleyball court, were previously spread out over several levels of decks, moving down the hillside and close to neighbors. In the new, smaller project, all activity areas are now on the top of the “pad” which means they are further away from neighbors. Mr. Scott will also protect the wildlife corridor on his property by planting 43 trees, including protected trees. These extensive modifications will make the hillside greener and more attractive for our community.

In addition to the considerable concessions outlined above, Michael Scott has agreed to sign a covenant that prohibits anyone from making changes to these conditions on the property. That means that no one, including a future owner, would be able to convert the decks into party decks or to destroy the wildlife corridor.

We believe that these concessions are significant. For several years we have been asking Mr. Scott to heed our calls to modify his project so that the impacts on his neighbors and our community were reduced. Today, Save Our Hillsides believes that Mr. Scott has made very substantial concessions to address those concerns. We thank him, and are grateful that he has heard our requests and agreed to make these changes.

As you know, there is a hearing tomorrow at the City Council’s Planning and Land Use Management (PLUM) Committee on Mr. Scott’s permits. We believe that, given the significant reductions and accommodations Mr. Scott has made, it is no longer necessary to fight these permits. Everyone has the right to enjoy their property as long as that enjoyment doesn’t unduly infringe on his neighbors, and we believe that Mr. Scott’s concessions show his commitment to respecting his neighbors and the hillside community. We are pleased to announce that given all of these concessions we are comfortable removing our opposition to Mr. Scott’s house.

Many of you have spent countless hours talking to your neighbors, writing emails, making calls and coming to hearings. You have donated of your time and your money, for which we and your neighbors are eternally grateful.

Everyone is entitled to their own opinion about this property, however we urge you to consider the significant victory we have been able to achieve, the reductions and protections Mr. Scott has agreed to, and we suggest that members of our community no longer oppose Mr. Scott’s efforts to build his smaller home.

Together, we have shown that when we all come together, we can make our community a better and safer place. Thank you.

Community of Multi-Millionaires Say NO to Michael H. Scott Mansion in LA

Note: Michael H. Scott is the one half of Kort & Scott dba Sierra Corporate Management and 170+ other companies.

On Mon, May 1, 2017 at 10:00 AM at Los Angeles City Hall, the City Council Meeting will likely be our last chance to stop Michael Scott’s enormous commercial entertainment complex. As we all remember, Michael Scott reneged on his promise to do an EIR (full environmental study) and instead performed an MND (a watered-down study) on his prior party palace, which Councilmember Paul Koretz opposed and our community resoundingly defeated. INEXPLICABLY, the City is not requiring any environmental review on his new 67,000 square foot party palace. This is unacceptable and we have appealed this issue to the Los Angeles City Council.

At the hearing on Mon, May 1, 2017, the City Council will decide whether or not to revoke Michael Scott’s illegitimate permits, require him to do an environmental review and mandate that he abides by the rules, including the current laws regarding excessive and unsafe development in our hillsides. Our community must prevail.

We have reserved thirty (30) parking spaces at the Los Angeles Times parking garage located at 213 South Spring Street and will be on a first-come first-serve basis.

This could be the last chance we have to stop Michael Scott's commercial entertainment complex that, if built, will destroy our quality of life with non-stop parties, sound echoing throughout the canyon, inebriated drivers in our streets and years of construction.

Join us. Join your neighbors. Stand together to preserve the serenity and safety of our community. Share this email with your friends, family and neighbors and ask them to join us in this vitally important fight.

We have launched a GoFundMe page to help defray legal and technical fees incurred in the course of our continued appeals. Please visit Save Our Hillsides (https://www.gofundme.com/SaveOurHillsides), with thanks for your continued partnership.

The Issues for City Council

Fri, Mar 10, 2017 Updates – Note: Michael H. Scott is the one half of Kort & Scott dba Sierra Corporate Management and 170+ other companies.

Dear Neighbors, Sound the Alarm! The City has issued Michael Scott permits for a revised “house” at 10101 Angelo View Drive. While this commercial entertainment complex has eliminated its haul route, it is still devastatingly large and will have tremendous impacts.

Shockingly, the City is no longer requiring any environmental review, even though Councilman Paul Koretz previously demanded a full EIR. Here are the details on the “new” version of the “house”:

The Building and Safety Department extended Scott’s permits longer than they should have, and even worse, after that unnecessary extension expired, they issued construction permits even though the application was expired. At the hearing, we have a chance to get his illegitimate permits revoked, but it will only happen if we stand together, again. We must tell the Building and Safety Commission that Michael Scott cannot use illegitimate permits, he must do an environmental review and he must respect his neighbors. Billionaires should not get special treatment.

Michael Scott continues to ignore the community, refuses to meet with us and he still won’t share any details about his “house”. He has already started to decimate the hillside (see image), despite tremendous opposition. We must rally together and stop this monstrous house from being forced on our neighborhood.

In Solidarity – Save Our Hillsides

P.S. Please email the Los Angeles Building and Safety Commission and tell them how you feel. 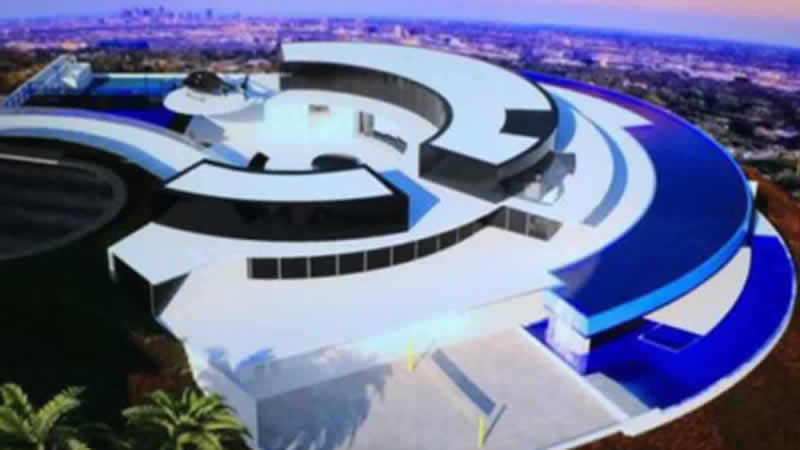 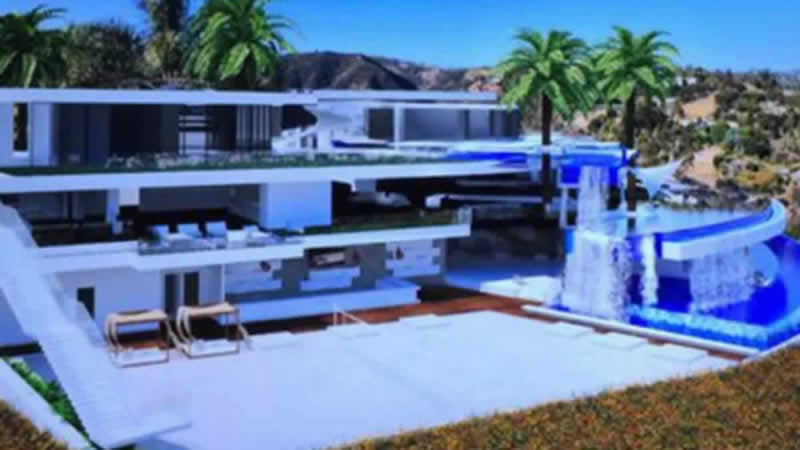 These are just some of the low-lights of Michael H. Scott's proposed Giga-Mansion in the hills of Los Angeles. 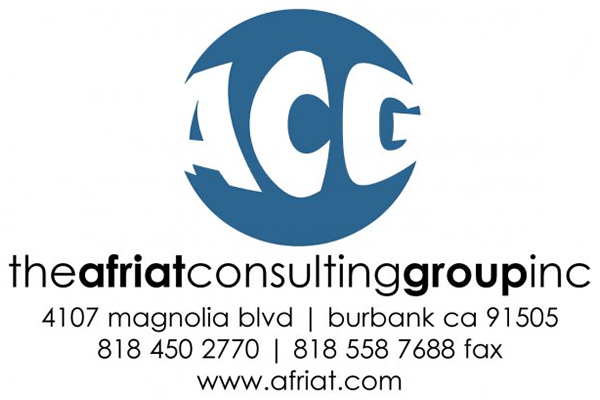 The Afriat Consulting Group, Inc. is a full-service firm specializing in governmental advocacy, political consulting, land use entitlement and community relations. We recognize that client causes are won time and again through astute planning, disciplined execution and assertive, sensible governmental and community outreach.

Save Our Hillsides Timeline 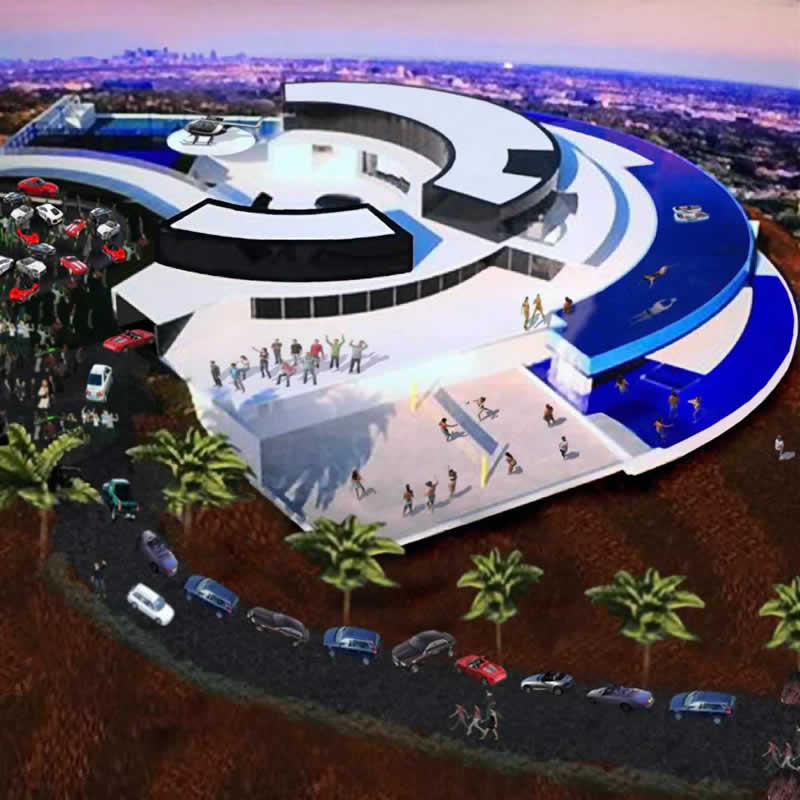 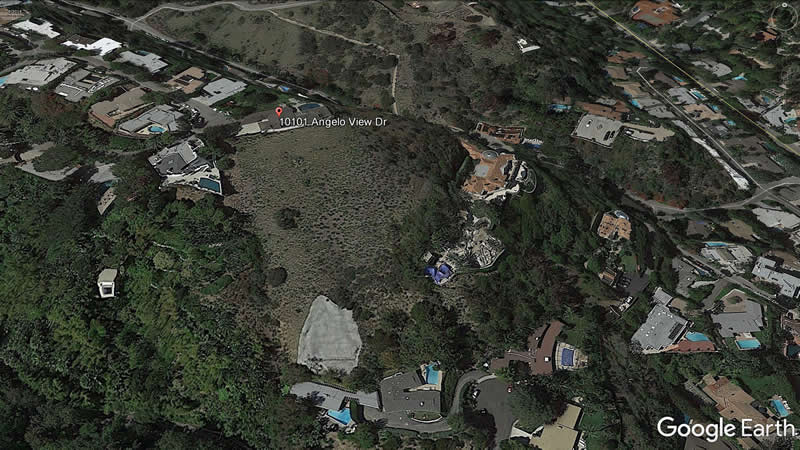 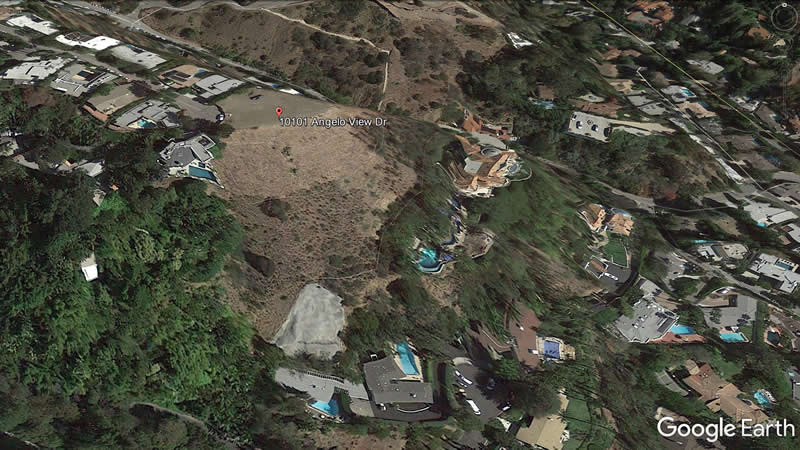 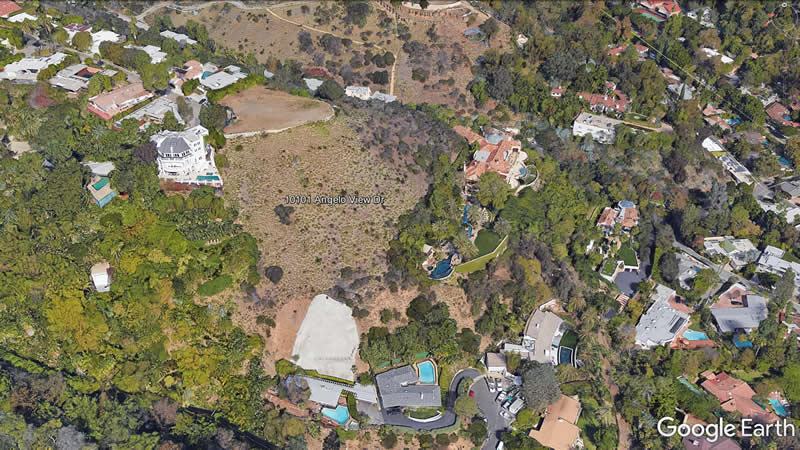 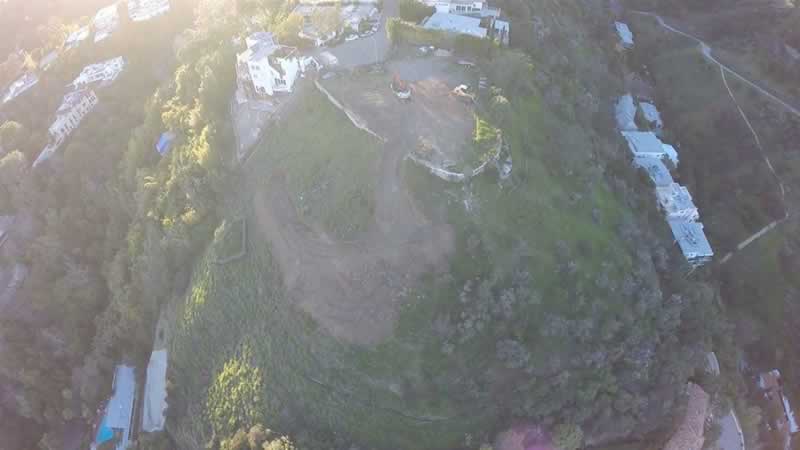 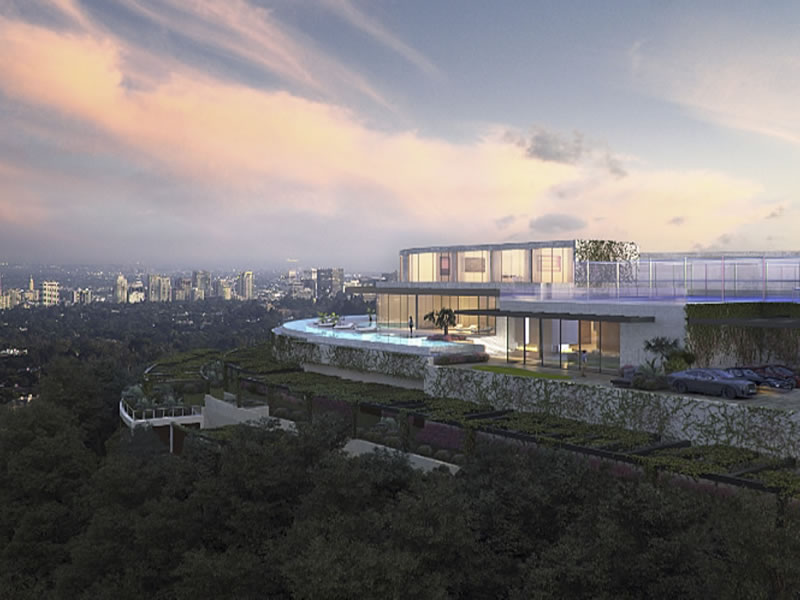 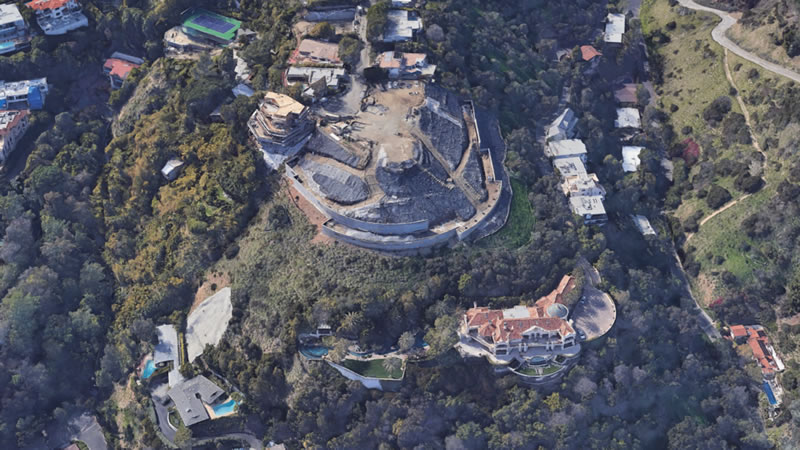 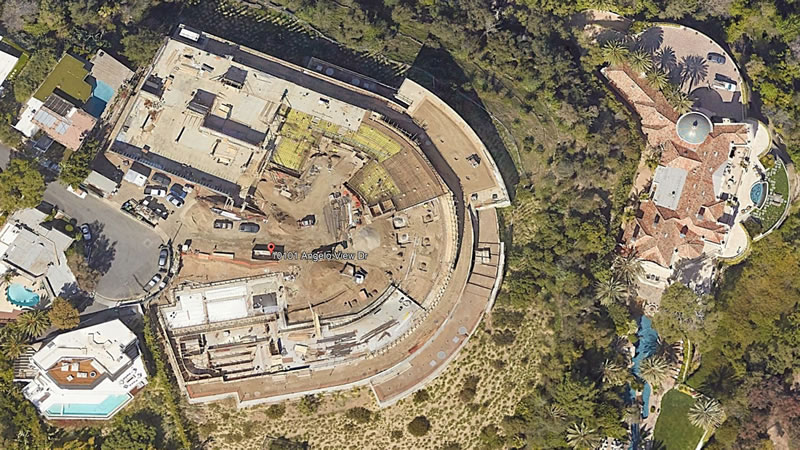 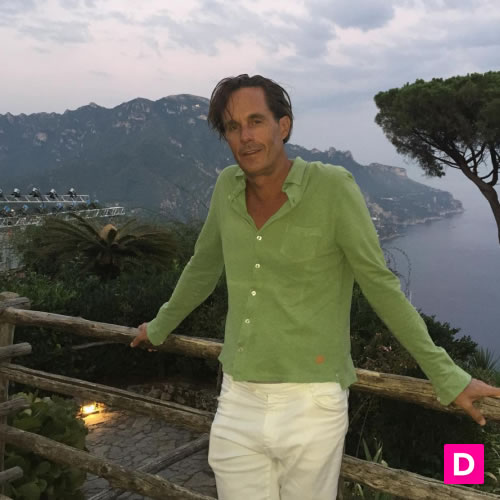 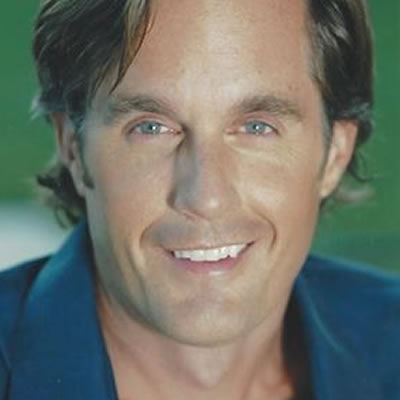 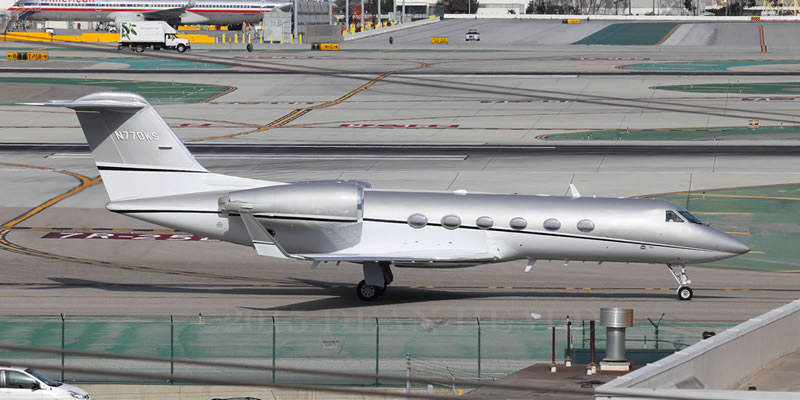 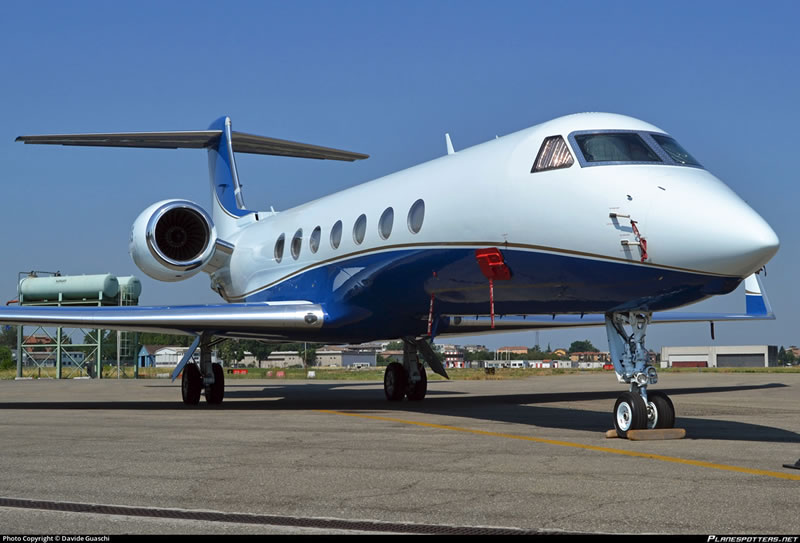